Making it to Hollywood is a feat in itself.  Achieving longevity in Hollywood is a triumph.  Being Black, particularly dark skinned, in Hollywood is a battle that many actors/actresses are still trying to figure out how to conquer.  With limited acting roles for Black actors/actresses coupled with mainstream media beauty standards, being of a darker hue in Tinseltown is no walk in the park.  Although this has been a challenge for many years, several Black thespians have staked and continue to stake their claim in this industry. And there’s one actress in particular who is motivated to use her art so that other young dark skinned, Black girls will see themselves in her.

Talented and versatile actress Asjha Cooper stepped on the scene about 11 years ago determined to break colorism barriers in Hollywood.  The Denton, Texas native has acted in popular series such as All American, Snowfall, and Chicago Med to name a few.  I got the pleasant opportunity to chat with Asjha on her interesting role in Black As Night (on Prime Video), which is also included in the Netflix thriller There’s Someone Inside Your House, and her experience as a dark skinned, Black actress navigating the lanes of Hollywood. 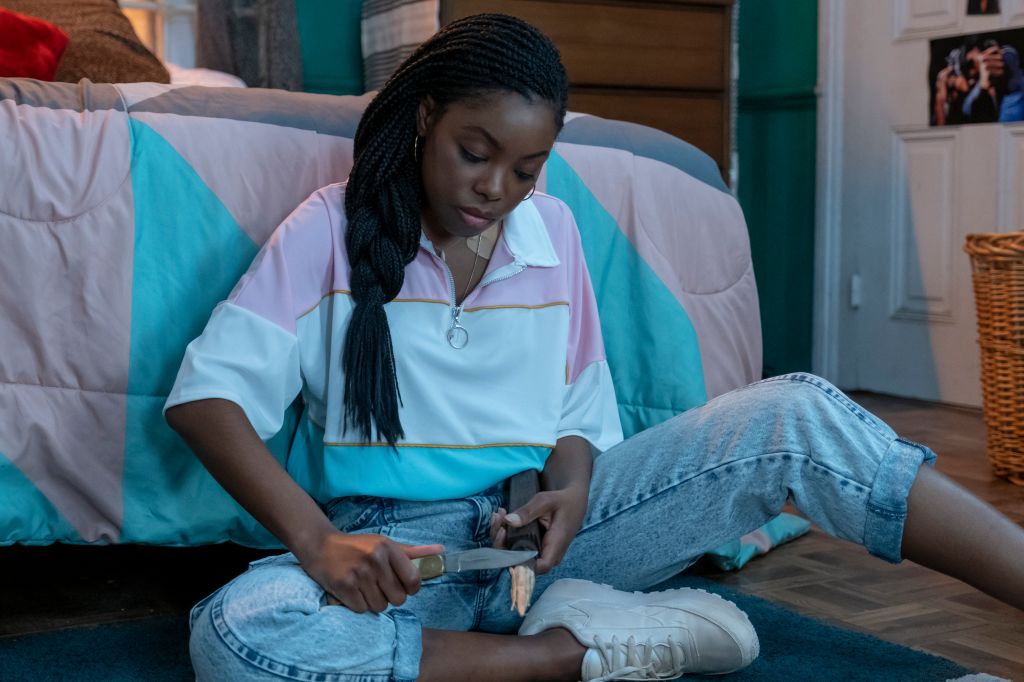 Black as Night  is a coming-of-age story about vampires with a comedic edge.  What’s interesting about this film is that it is centered around issues that Asjha actually faces in her day to day life.  The film focuses on the pressures that young women feel to fit into society’s beauty standards, and it touches on issues such as colorism. Black as Night sets a new standard for beautiful and celebrates a dark-skinned woman as a heroine who is protecting her community and slaying vampires.  Not many dark skinned Black women are chosen to play roles like this which is why Asjha is thrilled to be a part of such a meaningful project.  When asked about how she relates to her character Shawna, in Black as Night, she opens up about her journey as a dark skinned girl.  “Shawna dealt with a lot of the same insecurities I dealt with growing up in relation to colorism. I felt like in certain ways I was playing a younger version of myself because of that. I had to go through the same journey of finding my confidence and love for myself from within.”

Asjha’s experience in Hollywood has had its fair share of challenges.  She admits that although the industry is producing more roles for women of color, there are not enough women in the acting world who resemble her.  “It’s been hard, I won’t lie. There are technically more black women in roles more than ever, but there are still very few that look like me. I am usually seeing a variation of the same type of girl which is a black girl that is closest to western beauty standards. Proximity to whiteness has its privileges, as we all know, and in this industry that correlates to more roles and more variety of roles.”, says Asjha. 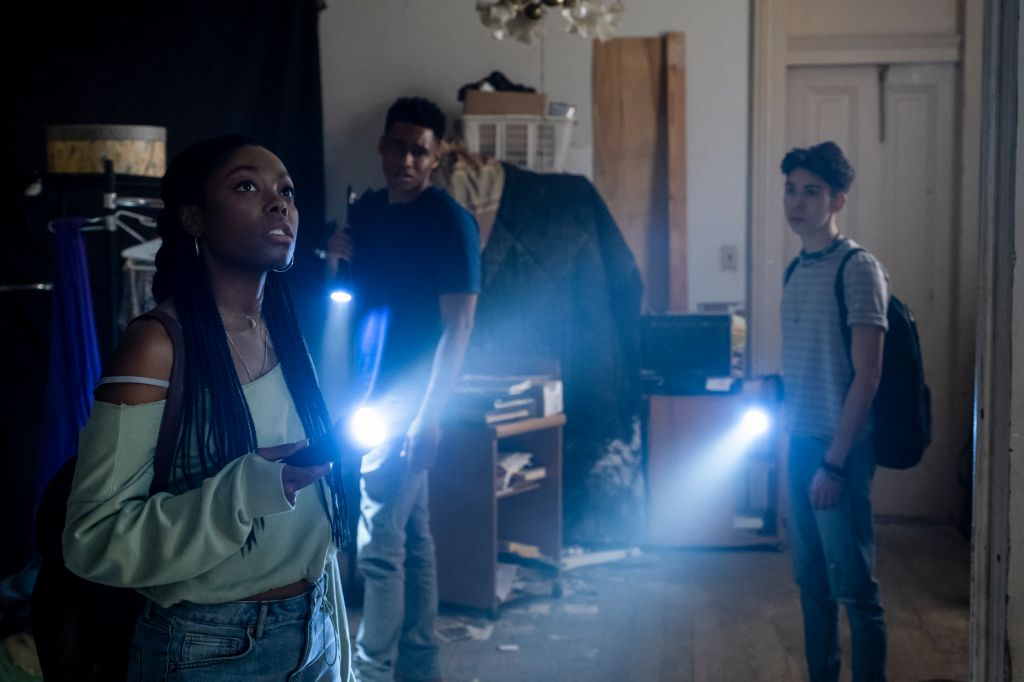 As a child, Asjha was thrilled to see actresses who looked like her on the screen.  A staunch fan of Viola Davis, Angela Bassett, Brandy, and Gabrielle Union, Asjha was motivated by these women to make other Black girls feel what she felt when she witnessed them act.  She believes young Black girls should check out her latest project so that they too can “feel seen and be inspired”.  She says, “It’s not a coincidence that when I was younger I was obsessed with anything Brandy and Gabrielle Union was in; it’s because I felt I was finally seeing myself represented.”

Asjha seems to have a promising future ahead of her.  I’m excited to see how she intertwines her art with advocating for dark skinned girls not just in Hollywood, but in life.

Black as Night is available on Prime Video and in the Netflix thriller, There’s Someone Inside Your House.  To check out the trailer, click here.

JuJu: Colorism Is A Very Ugly Part Of Latin America


‘Black As Night’ Star Asjha Cooper Addresses Colorism in Hollywood: ‘There Are Still Very Few That Look Like Me.”
was originally published on
hellobeautiful.com

PBS Announces ‘The Story Of Hip-Hop With Chuck D’ Docuseries