Boy George signs for I’m a Celebrity… Get Me Out of Here! and secures the biggest paycheque EVER

Boy George is set to join the cast of the upcoming series of I’m A Celebrity… Get Me Out of Here!, securing the highest fee in the history of the show.

The singer, 61, will jet to Australia in November to join the jungle camp after agreeing nearly $1million for the booking, MailOnline can reveal.

An ITV source told us: ‘It’s beyond exciting that we’ve secured Boy George.

Big win: Boy George, 61, is set to join the cast of the upcoming series of I’m A Celebrity… Get Me Out of Here!, securing the highest fee in the history of the show

‘It’s been a long time since we had a huge global star film the show and he will no doubt draw viewers.

‘He’s also hugely popular in Australia and with the show leaving Wales and heading back down under, he’s the perfect addition.

‘Filming is currently due to start in November just outside of Murwillumbah. 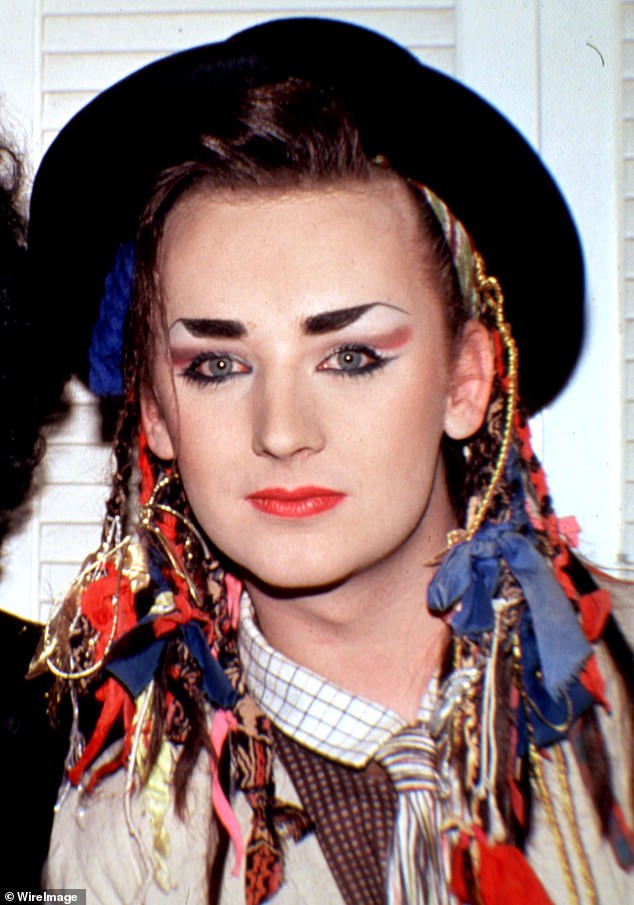 Big bucks: The singer, who rose to fame as the lead singer of Culture Club in the eighties, has secured an almost $1million fee to appear on the ITV show (pictured in 1984)

‘He has also been secured the highest pay cheque in the history of the show – close to $1million.

‘We know it’s a huge coup to land Boy George and we can’t wait for filming to begin.

‘He is thriving at the moment, he is about to perform with Culture Club at the legendary Austin City Limits in the coming weeks. 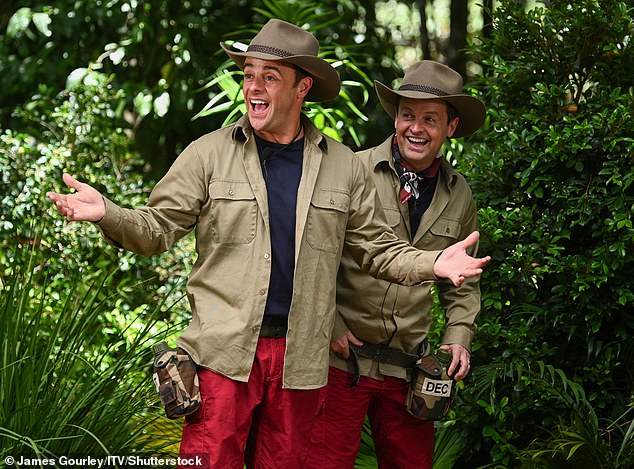 Conditions: The star told show hosts Ant McPartlin, 46, and Declan Donnelly, 47, in April that he would consider appearing if bosses made the show vegan (Ant and Dec pictured on show in 2020)

‘He’s a national treasure and we have no doubt viewers will make him king of jungle.’

In April this year, The Culture Club star said he would gladly appear on the reality show – as long as bosses met one condition. 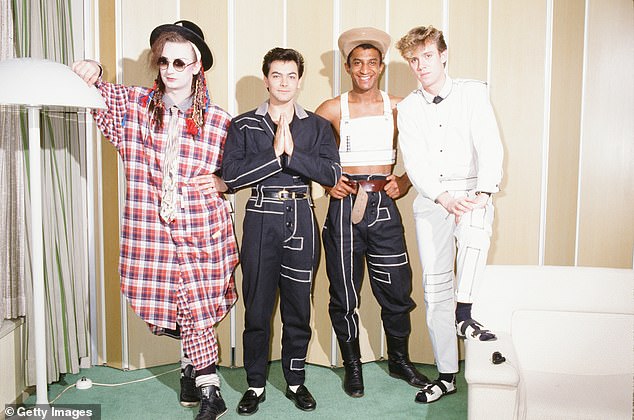 During an appearance on Ant and Dec’s Saturday Night Takeaway he joked to Ant McPartlin, 46, and Declan Donnelly, 47, who host I’m A Celeb, that bosses would have to meet his dietary requirements.

He joked: ‘Unless you do a vegan version and then I’m in.’

The musician would avoid many of the show’s eating challenges which involve consuming jungle creepy crawly delicacies if his vegan requests were met.

The reality show is returning to the Australian jungle for the first time in three years after it was held in Gwrych Castle in North Wales due to travel restrictions caused by the pandemic. 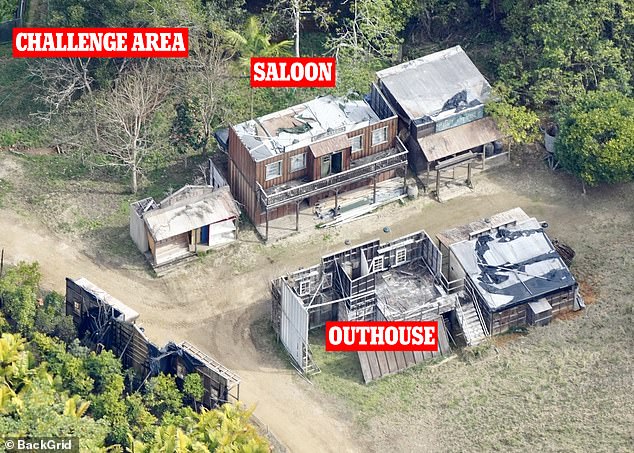 It’s back: First look images of the new I’m A Celebrity… Get Me Out Of Here! camp have been revealed ahead of the new series which kicks off in November 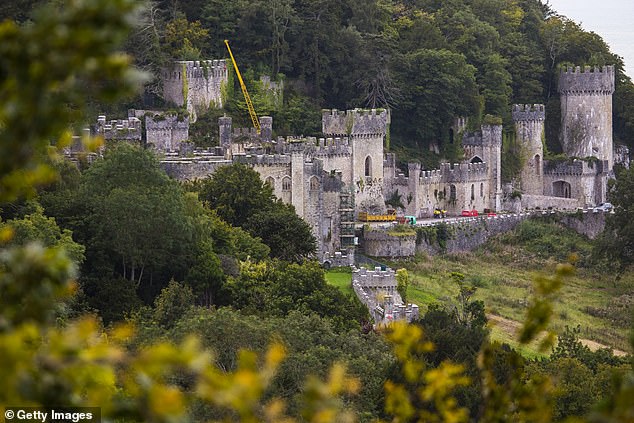 Return home: The reality show is returning to the Australian jungle for the first time in three years after it was held in Gwrych Castle in North Wales due to Covid travel restrictions

The jungle camp setting is bigger and better than before, with wild west themed challenges being built and the return of the iconic interview hut.

Hastily built Wild West-themed structures on the site are surrounded by large trees and endless greenery.

Ropes are attached to several trees above a swimming pool filled with dirty water – a challenge that will be sure to get the celebrities adrenaline pumping.

The famous red hut, where celebrities take part in exit interviews and do the iconic walk out is also standing among the greenery.

ITV confirmed that I’m A Celebrity will finally return to its usual home in the Australian jungle this Autumn for the latest instalment of the long-running show. 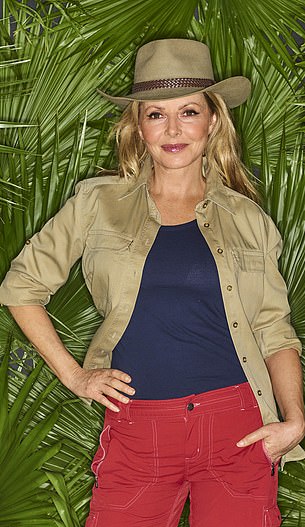 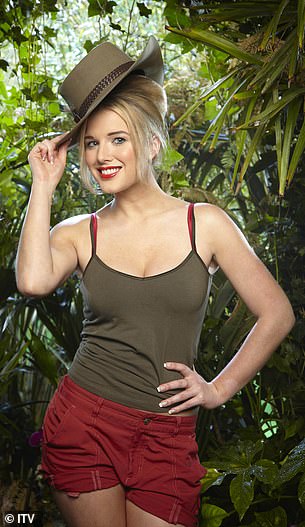 Comeback: Carol Vorderman (left) and Helen Flanagan have reportedly been lined up to appear on the upcoming I’m A Celebrity… Get Me Out of Here! spin-off

Ant and Dec are set to welcome 12 new famous faces into the Australian camp in November.

In a statement, ITV said: ‘Autumn also brings I’m A Celebrity which makes a welcome return to ITV from the Australian jungle.’

The 2021 series saw Danny Miller crowned as King of the Castle, while Giovanna Fletcher was the first person to win the Welsh version of the show the year before.

It comes after a host of former show stars returned from South Africa this week after reportedly filming for the I’m A Celebrities All Stars spin-off series.

Carol Vorderman, Helen Flanagan, Paul Burrell and Fatima Whitbread were all spotted arriving back at Heathrow airport on Wednesday. 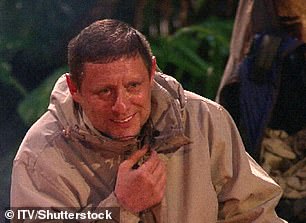 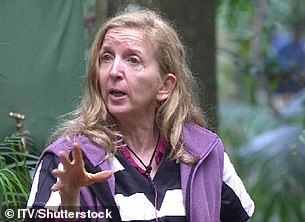 Fame game: Other stars said to be appearing include former You Are What You Eat star Gillian McKeith, 62 (right), and Happy Mondays band member Shaun Ryder, 59 (left) (both pictured in 2010 on the show)

Georgia Toffolo and Myleene Klass are all also tipped to be among the famous faces making an appearance on the show.

The new spin-off series is set to hit TV screens in 2023 and will see fan favourites battle it out in the jungle once more.

According to The Sun, viewers will see a group of 15 soap stars, reality TV personalities and sporting icons enter the camp.

A source said to the publication: ‘It’s a different format to Australia, who knows when and where celebrities will enter camp, literally anything could happen.

‘It’s not clear how many will start in camp or how many will be there by the end when one is crowned King or Queen of the jungle, possibly for a second time.

‘It’s the best of I’m A Celebrity, quite literally, but there’s some twists and surprises along the way for viewers and campers so it’s not going to be as straightforward as they might think.’

Earlier this week, Ant and Dec wrote on Twitter: ‘South Africaaaaaaa! That’s right, we’re filming a very special version of I’m A Celebrity in South Africa which is coming to your tellies in 2023.’

Describing it as the ‘worst kept secret in telly’, Dec continues: ‘We can confirm that we’re doing a very special series of I’m a Celebrity… Get Me Out Of Here! In South Africa!

‘It’s going to be your favourite celebrities from the last 20 years who are going back in to do it one more time.’ 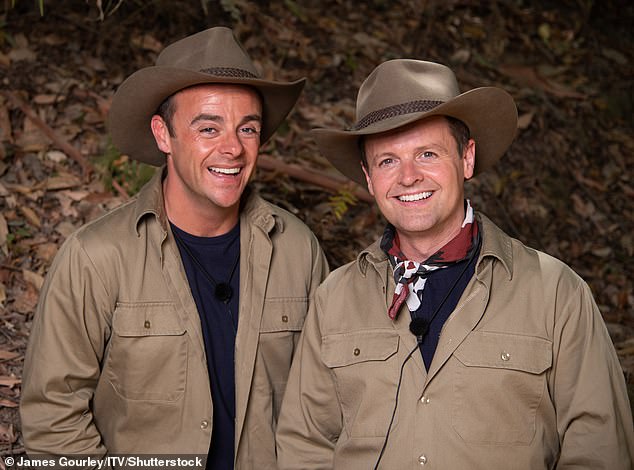 Excited: Ant and Dec tweeted this week: ‘South Africaaaaaaa! That’s right, we’re filming a very special version of I’m A Celebrity in South Africa which is coming to your tellies in 2023’