A former Real Housewife of Atlanta is denying that her recent divorce from her husband was spurned by infidelity.

As previously reported Cynthia Bailey and Mike Hill announced that they’re splitting after two years of marriage via an official statement that noted that “no one is to blame” and they remain good friends.”

Now Cynthia is expounding on splitting from her “good friend” and detailing what led to the decision while hitting back at cheating reports.

The model shared in her first interview since announcing her impending divorce from Hill that it was a mutual move that they came to “with grace and peace.”

“It may not seem like it when you think about divorce or a relationship ending, but this for us is not a bad thing,” Bailey, 55, told PEOPLE on Wednesday. “This is not a tragic ending for us. This is two people who have enough love and respect for each other to be truthful about their relationship in terms of asking themselves, ‘Are we truly happy together? How do we want to move forward?’ And then who were brave enough and loved one another enough to make that choice together.” 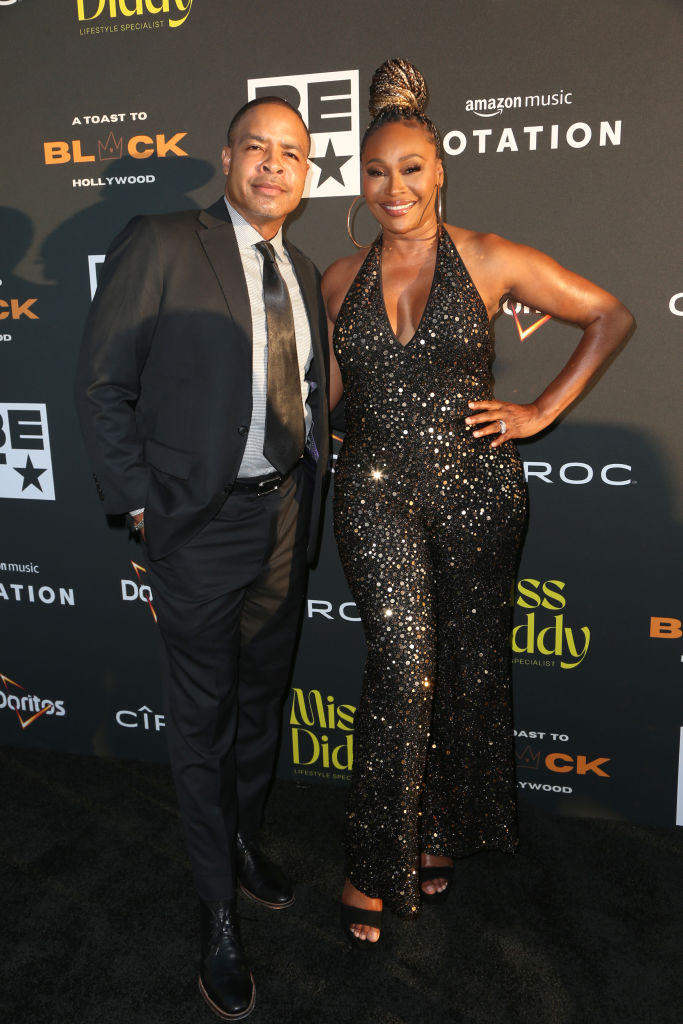 “The beauty of the whole situation is Mike and I, we learned from our previous relationships,” she continued to PEOPLE. “[Peter Thomas] and I were married for almost eight years and we struggled a lot of those years; I didn’t want to wait eight years to figure out that it’s not woking or we’re not compatible as we thought we were. And Mike’s the same way.”

and noted that after noting that they were both dissatisfied they made the decision to just be friends.

“We always said we never wanted to feel like we were just in this to be in this. We didn’t want to settle for anything less than happy. And we just got to the point where, after really evaluating it, we felt like we were better suited to just be friends rather than trying to force something to work that just wasn’t working anymore.”

Cynthia shut down rumors that he cheated in their marriage. This comes after a 2021 story surfaced alleging that Hill was sending nude videos and explicit texts to an unnamed woman.

“There was no infidelity to my knowledge,” said Bailey to PEOPLE. “Mike never had sex with another woman during our marriage,” she says. “At the end of the day, it just came down to a number of things. And I respect Mike and respect our marriage too much to go into the details of those things, but it was nothing scandalous, we just outgrew each other.”

She also noted that things became strained between them after they moved in with each other in L.A.

“People say all the time, ‘You don’t really know someone until you life with them.’ And for us, our relationship was bicoastal for a long time. Once we were able to be with each other on a more consistent basis — and we started really, really getting to know each other — we realized we weren’t as compatible as we thought we were,” she explains. “So we did something about it, simple as that.”

Speaking of Cynthia’s move, some people were unaware that she sold her $960,000 “Lake Bailey” abode that was previously featured on the Real Housewives of Atlanta. The actress shared the news on the finale of “Black Love: After Love” alongside Mike Hill back in August.

In total, Lake Bailey boasted 2,058 square feet of living space and sat on a 1.48-acre lot with six bedrooms and five bathrooms.

Clearly “50 Cynt” was in it for the long haul if she let that beautiful home go to be with her husband.

What do YOU think about Cynthia Bailey speaking on her Mike Hill split?

10 Movies & TV Shows She-Hulk Could Show Up In Next

10 Movies & TV Shows She-Hulk Could Show Up In Next