TULSA — One of many events commemorating the Tulsa Race Massacre Centennial, the inaugural Greenwood Film Festival launches Saturday and continues through Tuesday in Tulsa.

The Greenwood Film Festival seeks to honor the past while also working to build a strong and vibrant future for the art, culture and film community in Tulsa’s historic Greenwood District. This year’s festival selections will showcase the creative and visionary work of African American storytellers from around the world, with a variety of films and project types to be presented. 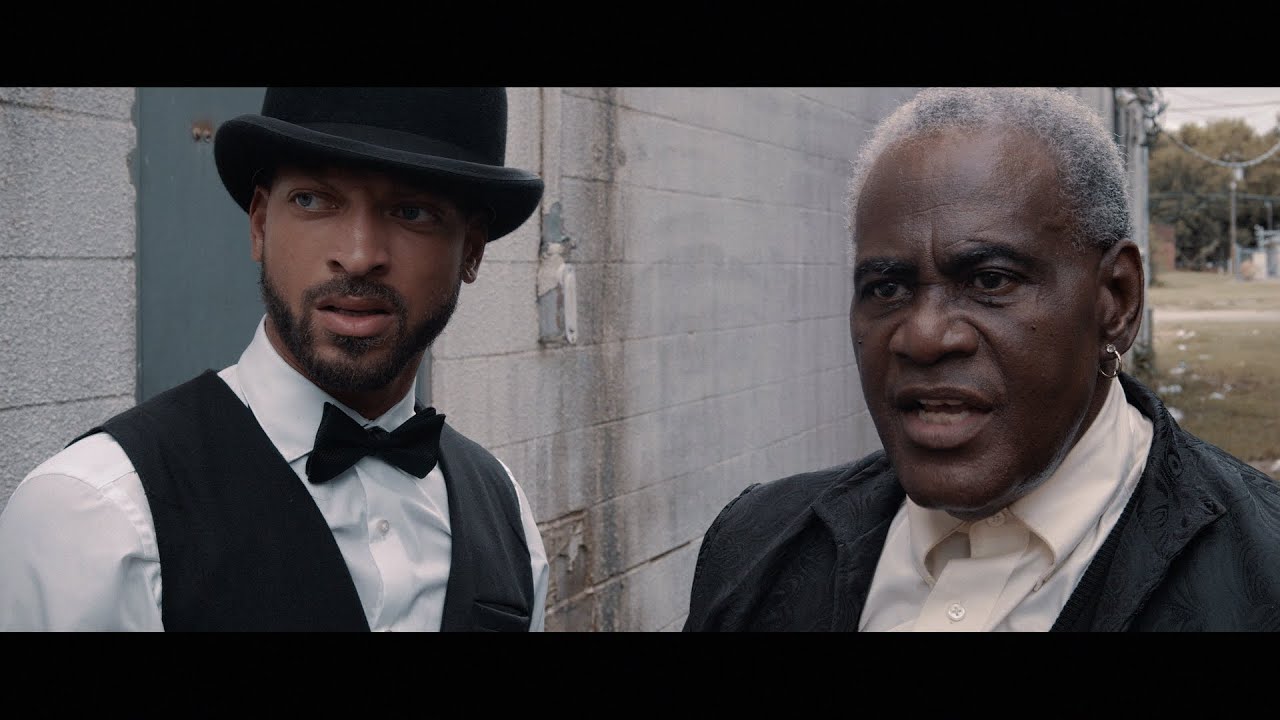 The short film “Black Wall Street: An American Nightmare” will be spotlighted, along with “Welcome To Tulsa,” from local filmmaker Trey Thaxton; “Restoration: A Concert Film,” a creative storytelling journey about farmland ownership directed by Native Son; and “Issues of the Heart,” a powerful love story of triumph in marriage.

Screenings and events will take place Saturday-Monday in Tulsa at the Greenwood Cultural Center and Circle Cinema. The festival on Tuesday will offer an exclusive virtual screening and its virtual awards show at https://greenwoodfilmfestival.com.

The Tulsa Race Massacre was one of the worst episodes of racial violence in U.S. history. Between May 31 and June 1, 1921, mobs of white residents attacked, set aflame and ultimately devastated the Greenwood District, which was at that time one of the wealthiest Black communities in the United States, earning it the name “Black Wall Street.”

“The Greenwood Film Festival was birthed with a mission to create a dynamic experience that merges powerful films and civic discourse on the soil of ‘Black Wall Street’,” said Executive Director Dennis Delemar in a statement. “With this being the centennial year of the 1921 Race Massacre, a tragedy of so much pain, and lack of restitution, we are glad that the Oklahoma Film + Music Office is helping us build something new.”

In addition to the films being presented, the Greenwood Film Festival will give local filmmakers and others a platform to connect with their community, encourage identity, boost their filmmaking skills and engage in hot topics in the festival’s Let’s Talk Panels. Workshops will also be offered with special guests, including writer Sheryll Atkins (“Moesha,” “Sister Sister”), production coordinator Markeia Jones (“Bigger,” “Undercover Brother”) and actor/producer Edwin Walker (“Empire,” “Chicago PD”).

“We are proud to support the Greenwood Film Festival during this monumental time in history,” said Oklahoma Film + Music Office Director Tava Maloy Sofsky in a statement. “Film is one of the most powerful mediums in the world, and we’re glad to see that this event will use it as a tool to bring people together to further educate audiences on these important chapters in history while also serving to grow the moviemaking community in the Greenwood district and throughout the city.”

For more information, go to https://greenwoodfilmfestival.com.

The Oklahoma Film and Music Office is returning as a partner of the 21st annual deadCenter Film Festival, which opens Thursday and continues through June 20. The state’s largest film festival, deadCenter is being presented as a hybrid event this year, with many screenings and events virtually as well as a limited selection of in-person events across Oklahoma City.

As part of its partnership with the festival, the Oklahoma Film + Music Office is hosting Saturday its “OF+MO Zoom Series,” which will highlight the state’s film workforce, infrastructure and education with a variety of special guests, including industry professionals, partners, educators, state leaders and yours truly.

With the largest soundstage in the Midwest, this presentation will highlight the leadership of Prairie Surf Media who, alongside local city leaders, are making history and breaking new ground for Oklahoma’s film and television industry. Moderated by Brandy McDonnell (Features/A&E Writer, The Oklahoman), this panel features Rachel Cannon and Matt Payne (Co-Founders, Prairie Surf Media) and Mayor David Holt (City of Oklahoma City).

With the recent passage of Senate Bill 608, Oklahoma’s threshold to host the production of major motion pictures and television series is stronger than ever. Join our panel featuring leadership from the State of Oklahoma and the Oklahoma Department of Commerce as well as renowned film industry producers as they discuss how this new legislation will pave the way for the future growth of Oklahoma’s film workforce, infrastructure and economic impact. Moderated by Senior Vice President and Practice Leader of Production Incentives at Entertainment Partners Joseph Chianese, this panel features Oklahoma Film + Music Office Director Tava Maloy Sofsky, Secretary of the Oklahoma Department of Commerce Scott Mueller, Rep. Scott Fetgatter, Sen. Chuck Hall, Chris Freihofer (Freihofer Casting) and Kevin Downes (Producer and Co-Founder of Kingdom Story Company, whose Oklahoma film credits include “I Can Only Imagine and the recently wrapped Lionsgate films “The Unbreakable Boy” and “American Underdog: The Kurt Warner Story”).

For a complete schedule of screenings and events as well as information on purchasing all-access passes, visit deadcenterfilm.org.

Up-Down OKC has announced a partnership with actor, director and producer Kevin Smith to bring his cult-classic burger joint Mooby’s to the Plaza District.

Mooby’s is an all-ages travelling pop-up experience and will occupy the second floor of Up-Down during its run. Reservations are required via tickets, which go on sale at 11 a.m. Friday.

Time slots will be limited to five parties at a time to ensure social distancing, but up to four tickets can be combined to create one party. Tickets are $29 and will be available to purchase at https://www.moobyspopup.com.

All guests will receive a pre-ordered “Mooby’s Pick-Up Experience” which includes their choice of one Moo Main featuring a regular or vegan Cow Tipper Burger, Cock Smoker Chicken Sandwich, a vegan Cow Dong Brat, plus a Salt Lick Side featuring the Hater Totz or Onion Rings to Rule them All.

Add-ons like Cookies from the Mall stand, chocolate-covered pretzels, Mooby’s soda and a special collaboration with Vanessa House Beer Company means a branded Mooby’s beer for those 21 and older can be purchased. Each of these options will be available on-site. Orders will include a timed pick-up, which ensures social distancing at Up-Down.

The pop-up experience also will incorporate photo moments for fans to safely play in the cinematic world of Kevin Smith while they wait for their food. Guests can take a spin through Jay and Silent Bob’s Secret Stash Merch popup shop, containing an exclusive collection of both Jay & Silent Bob and Mooby’s merchandise, including Mooby’s non-medical masks.

Once guests are finished at Mooby’s, they can venture to Up-Down’s first floor, which is restricted to those 21 and older during this event.

Up-Down OKC is located at 1629 NW 16. Up-Down OKC features two floors of arcade games and classic 1980s and ’90s nostalgia, a full bar and a wide selection of craft beer on tap. For more information, go to https://www.updownarcadebar.com/oklahoma-city.

Hot on the success of HBO Max’s “Friends” reunion special, autumn OKC metro have been announced for “Friends! The Musical Parody.”

A comedic musical that lovingly pokes fun at the iconic TV series “Friends,” the parody celebrates the adventures of the beloved group of 20-something pals as they navigate the pitfalls of work, life, and love in 1990s Manhattan.

It’s a typical day at New York’s only coffee shop, Central Perk, until an unexpected runaway bride enters the picture and kicks the whole gang — Rachel, Ross, Monica, Chandler, Phoebe and Joey — out of second gear. Recommended for ages 13 and older, “Friends! The Musical Parody” recreates favorite moments from all 10 years of “Friends” through an uncensored, fast-paced song-and-dance romp.

Presented locally through the OKC Broadway Encore Series, “Friends! The Musical Parody” will come to the OKC area for two shows 7:30 p.m. Sept. 29-30 at the Hudiburg Performing Arts Center at Rose State College in Midwest City.

Tickets go on sale to the public soon. For more information, go to www.okcbroadway.com.

Is the GoPro Hero 10 Black a relic of the iPhone 13 movie-like video era?