Migos Members Takeoff and Quavo just released their first project without the third member of the former trio, Offset and things are getting messy!

On Friday, rumors of a dirty dalliance continued to spread like wildfire thanks to lyrics to a song from Quavo and Takeoff’s highly anticipated album “Only Built For Infinity Links,”. In the song titled “Messy” rapper Quavo alludes to a situation wherein a woman, he was dealing with hooked up with someone close to him behind his back.

In the now viral lyrics, Quavo raps “I said Caresha please cause she too messy/ B***h f***ed my dawg behind my back but I’m not stressin’/ You wanted the gang you should’ve said it/We would’ve blessed it.”

It didn’t take long for listeners to start guessing as to who exactly the 31-year-old rapper could be talking about. 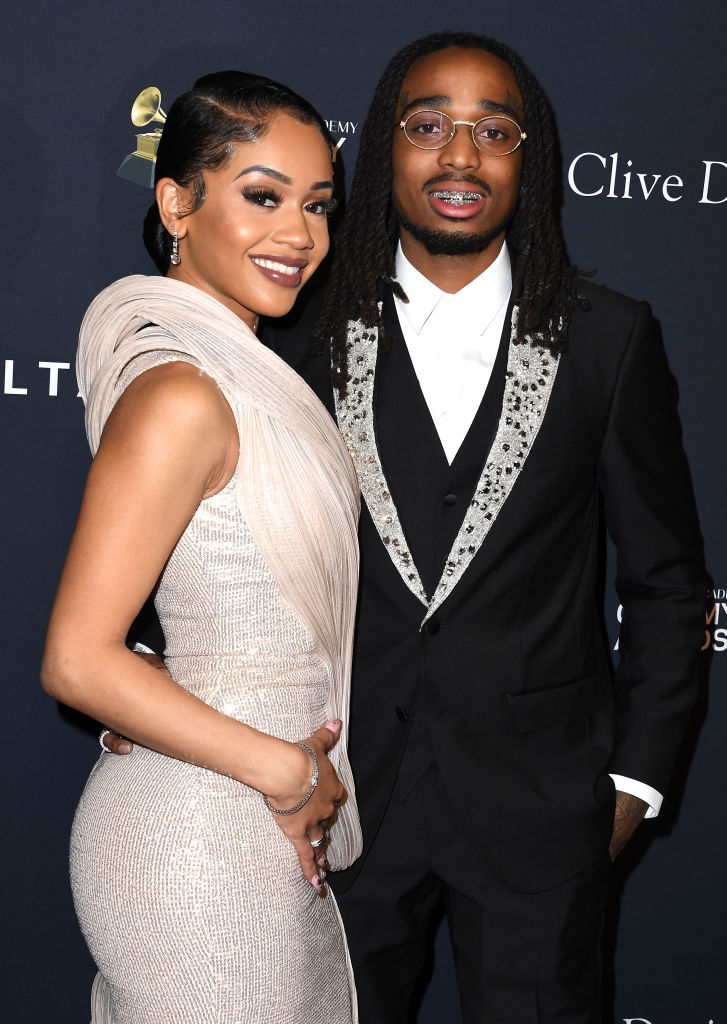 In March of 2021 Quavo and rap’s Icy Girl, Saweetie ended their very public relationship after nearly 3 years together.

“I’m single. I’ve endured too much betrayal and hurt behind the scenes for a false narrative to be circulating that degrades my character. Presents don’t band-aid scars and the love isn’t real when the intimacy is given to other women,” Saweetie announced via Twitter. And thus the Icy Girl and the Glacier boy were no more.

You would think, with the breakup over a year in their rearview, both parties would have moved on and healed, BUT — here’s where things go from MESSY to MESSIER. 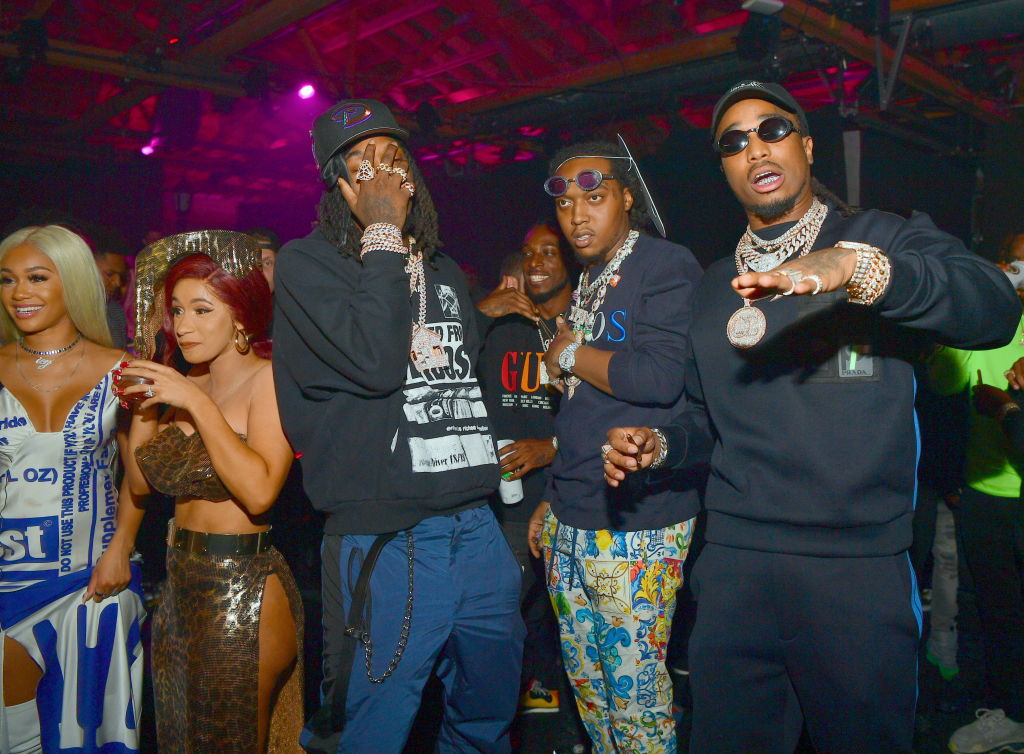 In August of 2022, during a heated back and forth on Twitter with Cardi B, a user accused Cardi’s husband of cheating on her with Saweetie. Cardi fired back citing that all of the user’s previous tweets to her were unfounded and quickly shut those rumors down.

“First u claim I offered girls 4Ms over a case that the state pick up which is illegal ,then u claim I’m trying make mends wit no receipts,then claim my man was in ur friend face wit no receipts ,now u LYING to go viral,” she tweeted.

When the user doubled down, Cardi responded in kind.

“You makin crazy lies starting shit and putting female rappers in it WIT NO RECEIPTS,no blog ever spoke on this all of a sudden you come out of jail 5 days ago and you made up for lied in 2 hours wit NO RECEIPTS!” she tweeted.

That rumor was seemingly put to bed until now.

Although some people think that Saweetie, born Diamanté Harper may have just been savage enough to get revenge on her ex by smashing his cousin, others think that Quavo is just being messy and is using the verse as a marketing ploy to garner attention for the album.

“The reality of that Saweetie situation is most likely, Quavo is being spiteful and capitalizing on a social media rumor because he don’t fuck with Saweetie or Offset anymore and it’s creating traction for that song”  one user tweeted.

Other users are convinced, however, that the rumors are true and are running with Quavo’s rather elusive verse. 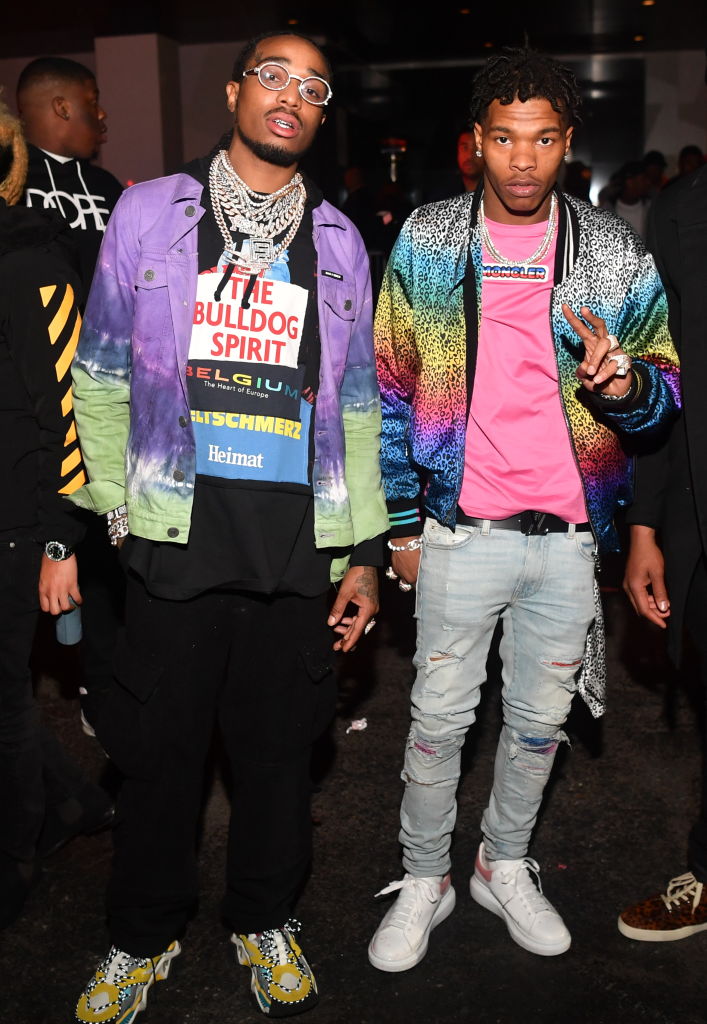 Another theory regarding the MESSY verse is that Quavo, born Quavious Marshall, isn’t talking about Saweetie and Offset, but instead, he’s referring to Saweetie’s alleged fling with rapper Lil Baby.

The only problem there is that Quavo and Lil Baby have been rumored to be at odds for the last few years. So unless his “dawg” was more of a reference to Baby’s hit than reality — he doesn’t seem a good fits for the lyrical diss.

Either way, whether the rapper is speaking on a real-life situation or he’s just capitalizing on the rumors, this single lives up to its name. “Messy” indeed.

An ode to the little black dress

An ode to the little black dress