The Grand Dame is revealing more about that “AndiCONDA” moment when Nicki Minaj made a surprise appearance at the #RHOP Reunion, and she’s revealing exclusive details about what went down.

Onika has been tight-lipped on details and only confirmed that she treated everyone “equally” with her questions and “went for the jugular” because “they’re tough girls on that show.”

According to Karen Huger, however, one of the “tough girls”, in particular, felt Nicki’s wrath.

Karen Huger stopped by “Watch What Happens Live” Sunday and she was asked by a trio of shady butterflies to reveal which Potomac Housewife is Nicki’s “least favorite.”

Karen initially said she didn’t think the rapper disliked any of them and instead just “held their feet to their fire.” She then added however that GIZELLE BRYANT caught a bit more shade than the rest of them. 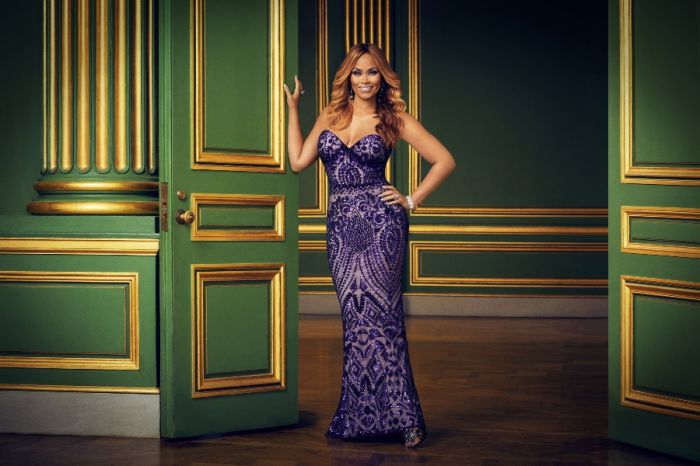 “She tore Gizelle [Bryant]’s a** up!” said Karen. “It was so wonderful. Wonderful! She asked questions that, you know, normally editing cuts. And I asked those and they never made the tape, so I’m hoping they keep that.”

Karen also confirmed that Nicki had a long conversation with fellow artist Candiace Dillard about her music. Candiace of course recently released her “Deep Space” album.

“I loved how she went for the juice with Candiace, because she is a no-nonsense kind of businesswoman about the music industry, so she held Candiace accountable,” Huger said. “So stay tuned — I did like how Candiace finally pushed through.”

Are you surprised that Nicki went in on Gizelle?

See more of Karen on “Watch What Happens Live” below.

Taraji P. Henson Talks To G. Herbo About PTSD On “Peace Of Mind”

Funniest (And Pettiest) Tweets From Thanksgiving 2021