Legendary Scream Queen Jamie Lee Curtis was front and center at the ‘Halloween Ends’ World Premiere that brought out Michael Myers (and his dog), ‘P-Valley‘ star Brandee Evans, the entire cast of the buzzy threequel, and more for a night of spooky fun in Hollyweird. 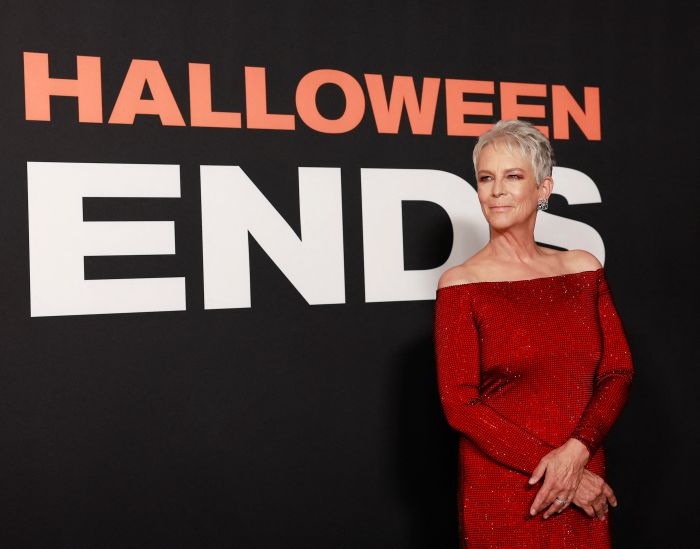 Peep all of the selects below:

After 45 years, the iconic ‘Halloween’ franchise is coming to an end with ‘Halloween Ends’ where we’ll see Laurie Strode (Jamie Lee Curtis) face off against the embodiment of evil, Michael Myers, in a final confrontation unlike any captured on-screen before. And yes, only one of them will survive.

Four years after the events of last year’s ‘Halloween Kills,’ Laurie is living with her granddaughter Allyson (Andi Matichak) and finishing writing her memoir.

Laurie, after allowing the specter of Michael to determine and drive her reality for decades, has decided to liberate herself from fear and rage and embrace life.

But when a young man named Corey Cunningham (Rohan Campbell) is accused of killing a boy he was babysitting it ignites a cascade of violence and terror that will force Laurie to finally confront the evil she can’t control, once and for all.

Peep the final trailer below:

From the creative team that relaunched the franchise with 2018’s ‘Halloween’ and ‘Halloween Kills,’ the film is directed by David Gordon Green from a screenplay by Paul Brad Logan, Chris Bernier, Danny McBride, and David Gordon Green based on characters created by John Carpenter and Debra Hill.

10 Things We Want From A New Sade Album