New feature: Check out news exactly for YOU ➡️ find “Recommended for you” block and enjoy!

Mmabatho Montsho touched on an important issue with her latest tweet. The South African TV legend complained that some channels rely on exploiting black people.

Mmabatho Montsho started a discussion on social media about how some broadcasting companies get away with just using people for ratings. Netizens flocked to Mmabatho Montsho’s comment section to vent about their dislike for TV programs that take advantage of the marginalised. 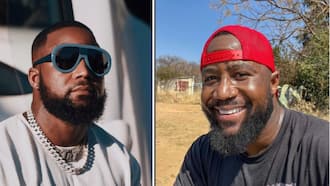 Mmabatho Montsho and impressed with some South African TV shows

Mmabatho Montsho used her Twitter to vent about some shows on South African television that take advantage of people’s emotional distress. The actress claims that these shows target black people specifically as she said:

“TV shows sending presenters with zero necessary skills or qualifications to mediate traumatic family issues for content should be illegal.”

Daily Sun reports that Metro FM presenter Msazaki complained that the shows invested a lot in having black communities unite, which is why there are never any follow-up episodes. 5fm’s Kaya Ntsweng agreed that late TV presenter Sis’ Angie was an exception to the usual presenters on reality shows.

Other netizens agreed with the radio presenters. Some made it obvious which channel they thought was guilty of the exploitation the filmmaker described. 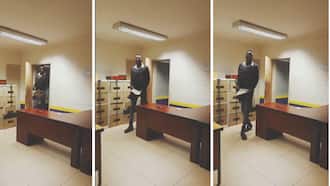 “I’ve been saying. All that matters to these production houses is numbers. Social media followers has now become a selection criteria. No care for the people that come for help, all in the name of ratings.”

“Come get your sub.”

“Moja love le mametse? I wonder how long y’all are gonna get away with using black people’s pain for ratings without even trying to help them! Cancel that whole channel!”

“We are here aspiring presenters with degrees in mental health issues.”

Briefly News previously reported that The latest episode of Uyajola 9/9 set tongues wagging. The viewers of Jub Jub’s show took to social media to share their thoughts on the “violence” in the show. 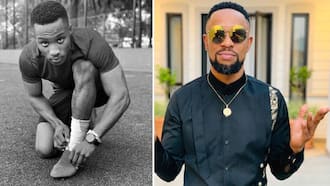 ‘The Black Door’ gets the boot, e.tv telenovela not renewed for another season, viewers react: “Sad situation”

The media personality’s show aired an episode in which a woman put hands on a lady she suspected of cheating with her man. The fuming woman even tried to break the windows of a taxi her man and the side chick were in.

Taking to Twitter, angry viewers advised the lady that was attacked live on TV to open a case against the show. They’re not happy that Jub Jub and the bodyguards did not intervene when the fight started.

New feature: check out news exactly for YOU ➡️ find “Recommended for you” block and enjoy!

Boy George signs for I’m a Celebrity… Get Me Out of Here! and secures the biggest paycheque EVER