Berry Gordy founded the sound that defined a generation, fostered legendary music careers, and constructed a timeless genre that continues to influence musicians today. Through Gordy’s talent, the world found common ground during a peak of racial division.

He has spent a lifetime designing art that’s deeply rooted in Black culture, showcasing the best of humanity. As a multi-faceted renaissance man, Gordy has been added to the list of titans that contributed a branch of evolution to American entertainment. The Kennedy Center has tapped Gordy as an honoree.

As a Detroit native, Gordy has lived multiple lives as a boxer, songwriter, producer, director, and entrepreneur. With each reincarnation of his talent, his determination grew. Gordy used his power and energy to orchestrate a new cultural wave known as ‘Motown;’ starting from a house in Detroit, Gordy dubbed it “Hitsville.” It was defining moment in American music history that later evolved into one of the “highest-earning African American businesses.” The producing company acquired over $15 million in record sales.

Through Gordy’s harvest, came musical legends like Smokey Robinson and The Miracles, Diana Ross, The Supremes, Stevie Wonder, Michael Jackson and The Jackson Five, Marvin Gaye, Lionel Richie, The Commodores, and many others. Gordy conveyed his awe and inspiration when an artist superseded a branch of his talent.

Gordy reflected on the passion that hoisted his vision of a universal sound into a reality, noting the team that worked behind the scenes at Motown and the loyalty of generational fans. He highlighted the power of the Black press and DJs who would encourage him not only by their words but by their actions in support of his art. The living legend noted Danny Bakewell, Sr., publisher of L.A. Sentinel as someone he recounts as “always being there” for him. 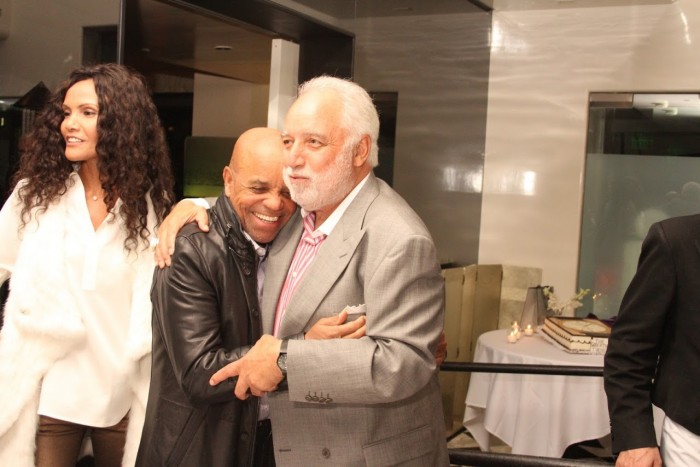 The “Motown sound” has been coined to refer to a distinct type of harmony that is still being mixed into music today. Additionally, the “assembly line” Gordy created for Motown talent is currently shaping music groups and influencing artistry on an international scale.

The process of creating the “hit factory” was fully realized in Gordy’s autobiography, “To Be Loved: The Music, The Magic, The Memories of Motown.” Which also became the foundation of the Broadway play, “Motown the Musical.” Gordy’s life’s work leans against a proverb that he shared, “the truth is a hit.”

In the 1960s, Gordy created a specific lane for the Black community to shine, and was one of the first Black music producers to get his artists on TV shows like “American Bandstand” and “The Ed Sullivan Show.” As a “truth-teller,” he created a sound that civil rights movements would march to, recording and releasing Martin Luther King, Jr.’s speeches for mass circulation. The birth of this soulful energy came during a time of intense racial inequality, but the power of Motown was accepted by all.

The father of Motown challenged what can be accomplished in one lifetime, he expanded his expertise into producing movies and the film industry. One can find his name in the rolling credits of movies like “Mahogany,” and “Lady Sings the Blues,” which collected five Academy Award nominations.

Gordy joins the list of honorees enveloped at the Kennedy Center; however, his work has been defined as a blueprint for success and recognized by the Rock and Roll Hall of Fame and Hollywood’s Walk of Fame. He has received a Martin Luther King, Jr. Leadership Award, the Rainbow Coalition’s Man of the Millennium Award, the Rhythm and Blues Foundation’s Lifetime Achievement Award, the Grammy President’s Merit Award, and the National Medal of Arts presented by President Barack Obama with the list of accolades continuously growing.

The Gordy legacy is a landmark in Los Angeles. On Monday, November 25, 2019, the city unveiled Berry Gordy Square located in Hollywood. On that day, soul music legend Smokey Robinson, shared his sentiments, “Motown is a once in a lifetime musical event. There has never ever been anything like Motown; there will never ever be again anything like Motown, ever again …” he said. 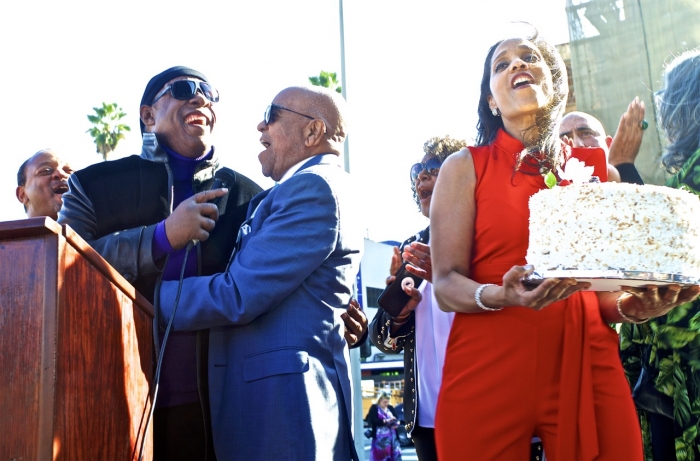 When Gordy learned that he would become a Kennedy Honoree, his first reaction was disbelief. The iconic music entrepreneur shared with the L.A. Sentinel his surprise at the recognition. He stated to be honored by this award means the world to him.

Gordy joins recent Kennedy honoree, Debbie Allen, who was present during the reveal of the Berry Gordy Square in 2019. During that time, she stated, “I’m thrilled for him; this is another great moment for him, so well deserved,”

Allen continued, “He’s done so much to define the cultural identity of America, music, and Black people.” She called Motown, “her music.”

An iconic musician from The Temptations, Otis Williams recently credited Gordy for the group’s origin and longevity of 60 years. His first words in reflection were thanking God for his connection with Gordy.

He stated, “Now, 60 years later, as I reflect on it all, I thank God first, and then [Motown Founder] Berry Gordy for signing us,” The Temptations were teenagers when they signed with Motown.

Williams went on to say, “Motown taught us, and all its artists, about show business. It was a special place and a special time.” 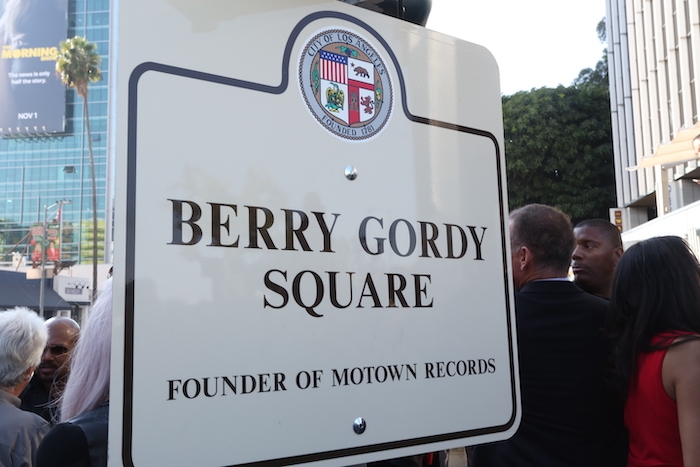 As a recipient of four honorary doctorates, Gordy provided this statement, “I would like to be remembered as a man of integrity and love, who followed his passion to reach his dreams and, in the process, helped others reach theirs.”

Gordy continued, “I felt people were more alike than different, so we made music for all people – Blacks and the Whites, rich and the poor, Jews and Gentiles, cops AND the robbers. We brought people together and broke down barriers not just in America, but around the world. They called it the ‘Sound of Young America,’ That’s something that I’m proud of.”

Motown continues to shape the world and live through the songs that captured the unity of humanity. Gordy’s love for mankind will outlive all division because there is no denying the power of Motown.

Rock Songs That Got Popular After Featured on TV Shows + Movies