SXSW Film Review: When Claude Got Shot: Documentary goes beyond the headlines of Black-on-Black crime – Screens

Documentary goes beyond the headlines of Black-on-Black crime

After an evening spent with old friends, Claude Motley stepped into his car and closed the door. Someone knocked on his window, and Claude found himself with a gun pointed in his face. He slammed on the gas. The gunman fired a single round at the car, which struck Motley in the jaw.

When Claude Got Shot is a documentary that works as a remedy to the narrow ways in which we categorize and understand crime. By thoroughly examining the occurrence and fallout from a single shooting, director and producer Brad Lichtenstein dismantles our fixed understandings of shootings, victimhood, and justice. It’s a rare film that demonstrates how we might compassionately address issues through a deeper understanding of their nature.

What follows the carjacking is a relentless, well-paced series of interviews from family members of both the victims and the shooter, police officers, and district attorneys. Much of the film takes place in the courtroom where, months after the shooting occurred, the victim and the perpetrator must relive the night of the crime. Upon hearing the personal viewpoints, it becomes increasingly difficult to distinguish who to blame for it all, and how justice can be carried out.

Classifying anything as a “Black-on-Black crime” narrows the possibility for a more nuanced understanding of the people involved. Crimes like these are translated into brief, reductive headlines. The shooting in question fits no easy narrative when examined in its many parts over the length of the film. When Claude Got Shot uses its runtime to convey how one instance of such a crime is a deeply complex, random, avoidable, and damaging event for all involved.

It’s a despairing film. The troubles for Claude only mount, even after every surgery is over, we watch as he and his wife argue over his six-figure medical debt. Instead of valorizing Claude or absolving blame from the shooter, When Claude Got Shot remains in a state where events do not get classified, only further expanded. The final act of the film finds Claude, still barely recovered from his last reconstructive surgery, carries the weight of the young shooter’s sentence like his own personal burden. In this he wields an unrelenting humanity and grace, proving himself the closest thing to hero you can find in a world where Black men must fight for dignity every day.

When Claude Got Shot

A note to readers: Bold and uncensored, The Austin Chronicle has been Austin’s independent news source for almost 40 years, expressing the community’s political and environmental concerns and supporting its active cultural scene. Now more than ever, we need your support to continue supplying Austin with independent, free press. If real news is important to you, please consider making a donation of $5, $10 or whatever you can afford, to help keep our journalism on stands. 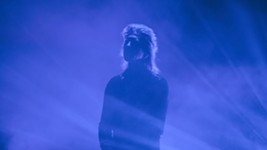 Dick Wolf, Chicago, and the politics of writing female leads 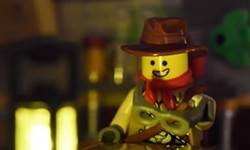 SXSW Film Review: Under the Volcano

Why Sherilyn From Big Shot Looks So Familiar