And just as we predicted, the TJ Holmes and Amy Robach cheating scandal is getting messier by the minute.

According to Page Six, beloved anchor, Robin Roberts, confronted Holmes and Robach about affair rumors. Not only that, but reports are swirling that TJ “blindsided” his wife Marilee Fiebig after already allegedly cheating with a GMA producer.

Several years ago, Roberts notified Robach and Holmes of rumors that were traveling through the GMA offices of an alleged affair, alleges Page Six. One source shared that Roberts, “pulled them both aside and basically said, “Stop it.” 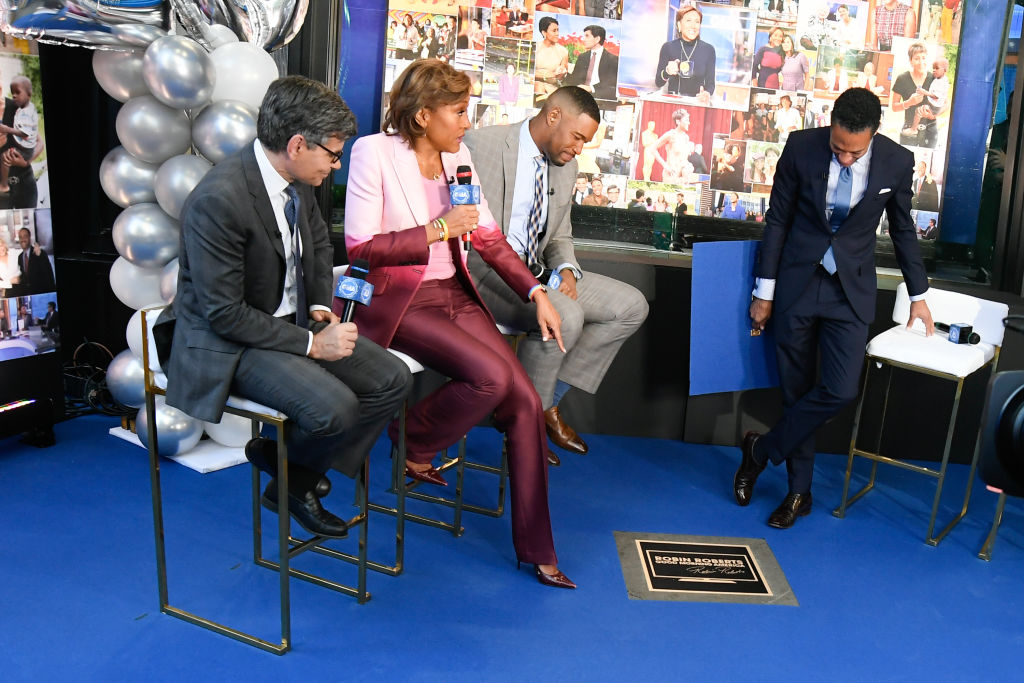 Naturally, Holmes denied the affair but was reportedly so disturbed by his interaction with Roberts that he brought his concerns to higher-ups.

“He was a correspondent at the time, and he didn’t want Robin thinking that about him. He went to [ABC brass] and got ahead of it to dismiss it because it wasn’t true”.

Another insider added, TJ discussed the matter with “GMA” executive producer Michael Corn, because “it was absolutely not true, and it freaked them out. Amy and T.J.’s friendship took a hit when the rumors started.” 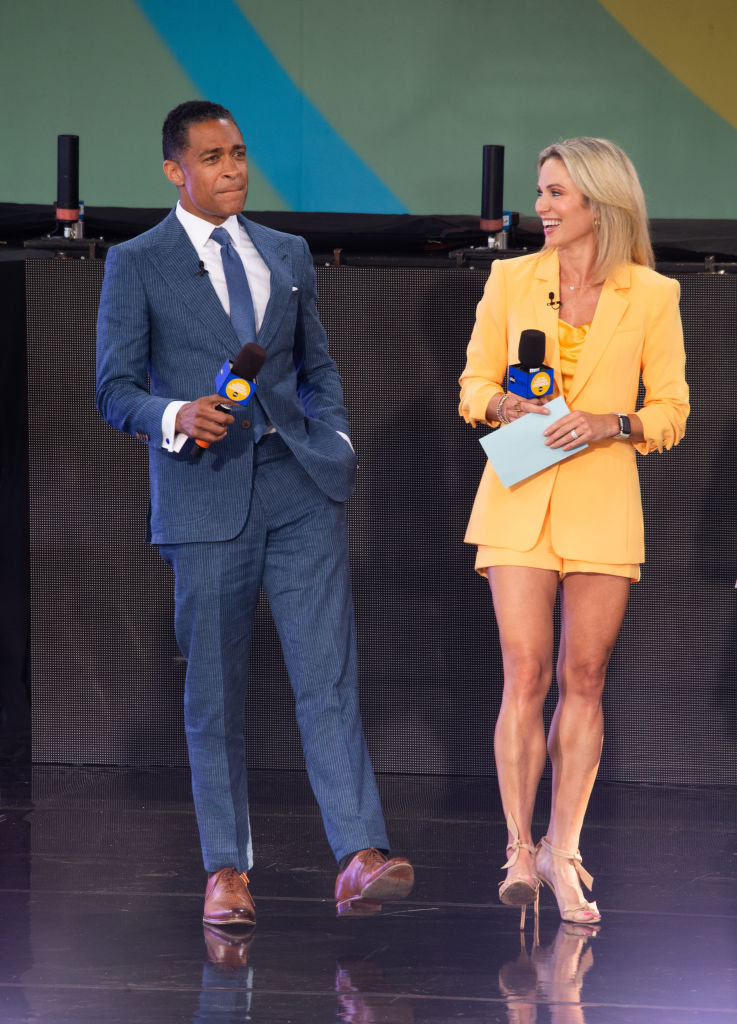 Or did they have to hit the pause button on the affair?

T.J.’s Wife Was “Blindsided” By His Alleged Affair With Amy

A staffer also told Page Six, TJ’s wife was “blindsided” by the Amy Robach cheating scandal. Allegedly, TJ and his spouse had been separated for months but were “working things out” when Marilee learned through the media the co-anchors were romantically involved. 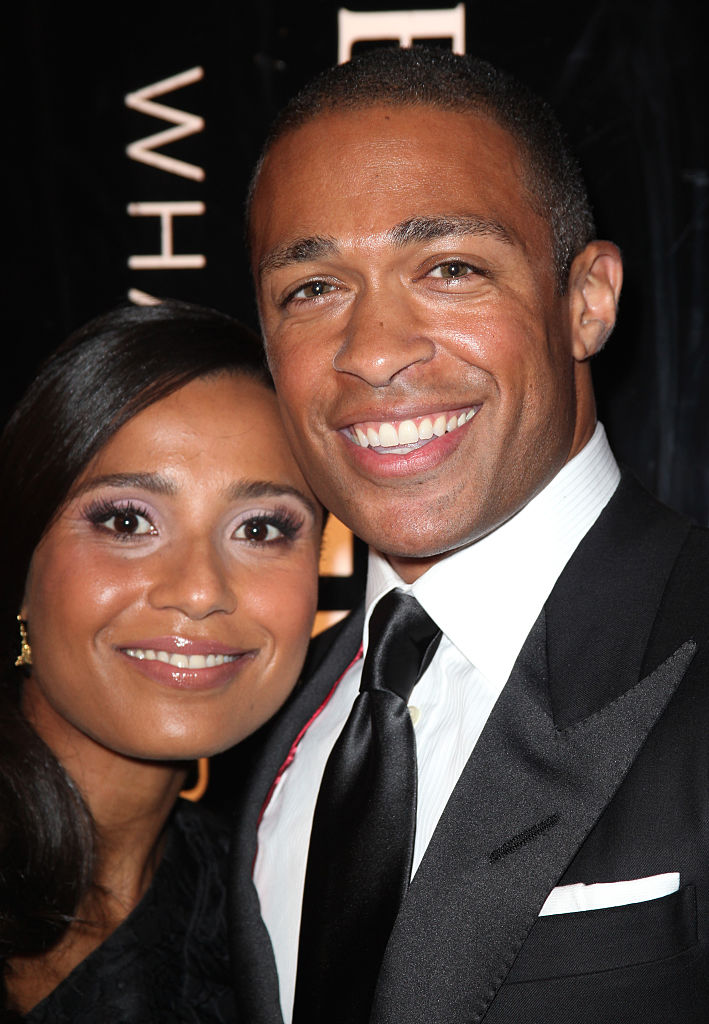 The revelation was also a slap in the face to Marilee considering the two couples used to double date.

“[Marilee] never thought about [him cheating] with Amy because they were friends. Amy’s daughter was their daughter’s babysitter”.

She had no clue Holmes was having an affair with Amy as the couple were attempting to reconcile and even spent TJ’s 45th birthday together on August 19.

Holmes Allegedly Had An Affair With GMA Producer Before Robach

Before Amy Robach, there was allegedly a Good Morning America producer that Holmes engaged in a 3-year affair alleges the publication. You read that correctly. Uno, dos, trés años.

Sounds like Holmes was really out here dipping and doing it like he didn’t have a whole wife at home.

And get this – an insider told Page Six, the producer and Holmes would BOTH allegedly confide in AMY about their relationship. The source said,

“Amy was the person they went to talk to about their affair and marriages.”

Another source refuted these claims stating that “she didn’t know about the affair until it was in its final stages. They told her about it right at the end.” 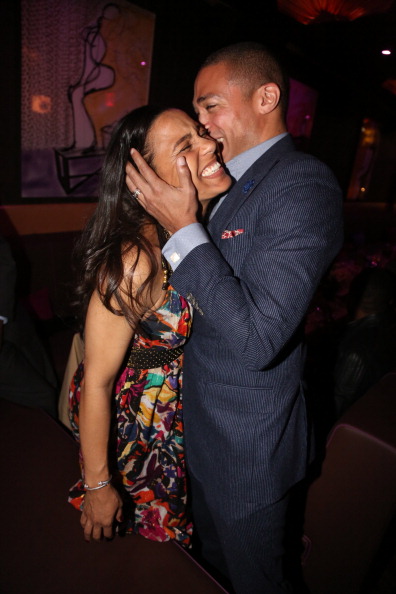 The publication alleges that Marilee soon discovered an email exchange between the cheating duo and confronted her hubs who ended things and “[focused on healing his marriage] throughout the pandemic.”

“She would see photos of them on Instagram and she didn’t understand how their friend and her husband’s co-host could remain friends with the woman who tried to break up their marriage.”

Page Six also reports that Marilee grew suspicious of Robach and her husband’s relationship around the summer when they appeared to be “closer than colleagues.” Several sources told the digital mag that the sneaky links “would have random meetings during the day and hit the pub to have drinks with each other.”

Allegedly Marille also discovered a birthday card in August from Amy that was a bit too intimate for her liking and she decided that she “couldn’t trust him anymore.” 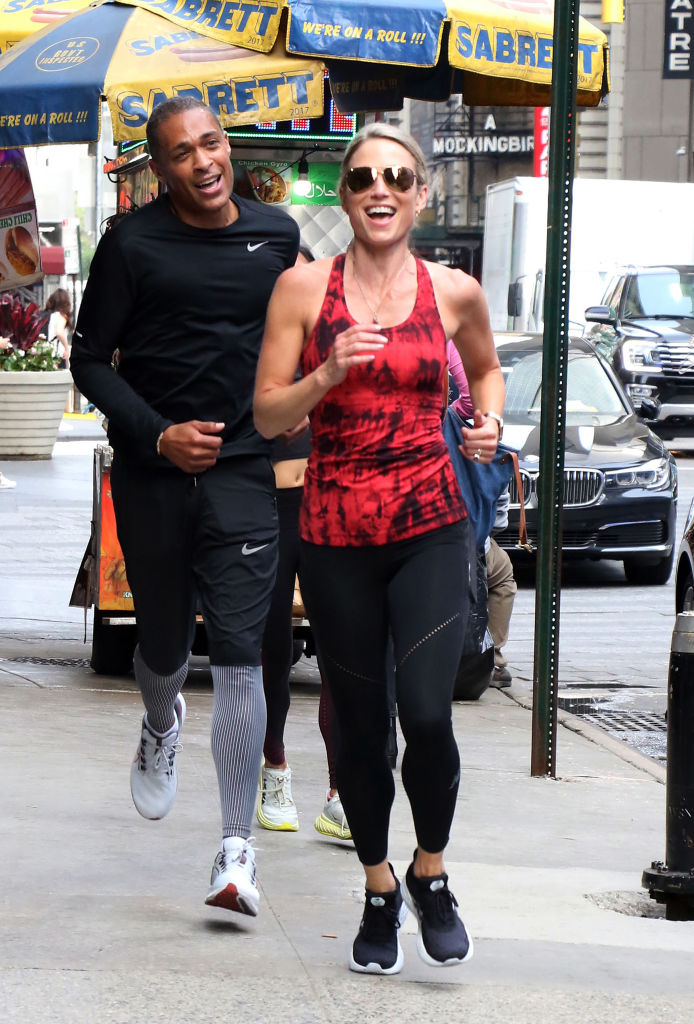 If you believe these latest reports, TJ Holmes appears to be a serial cheater. Amy, you usually lose them how you got them so enjoy – for now.