TV shows by Black creators to watch on Netflix

Representation matters. It’s not enough for our favorite television shows to feature actors of color. We need representation behind the scenes as well, to ensure that the stories and experiences of underrepresented groups are being told with honesty, complexity, and respect.

Netflix’s bottomless library features many wonderful shows — from gripping dramas to fluffy comedies — created, produced, written, or directed by Black artists. The best way to lift these creatives up is to call out their names, so in no particular order, here’s a sampling of our favorite Netflix television shows with talented Black creators at their helm. Go forth and binge.

Created by Ronan Bennett, Top Boy first aired in the UK from 2011 to 2013, originally set in the fictional Summerhouse public housing estate in East London, and drug dealers Dushane and Sully (Ashley Walters and Kane Robinson). Drake revived the show for Netflix alongside Adel Nur, Maverick Carter, and Jamal Henderson in 2019, with Walters and Robinson returning to their roles, and Lover’s Rock star Micheal Ward joining as new gang leader Jamie.

The 20 best British TV shows to stream on Netflix


This meaty drama, which has been compared to HBO’s The Wire, is startlingly grounded, anchored by a young, talented cast that radiates with vulnerability. This is television at its best.

How to watch: Top Boy(opens in a new tab) is streaming on Netflix. 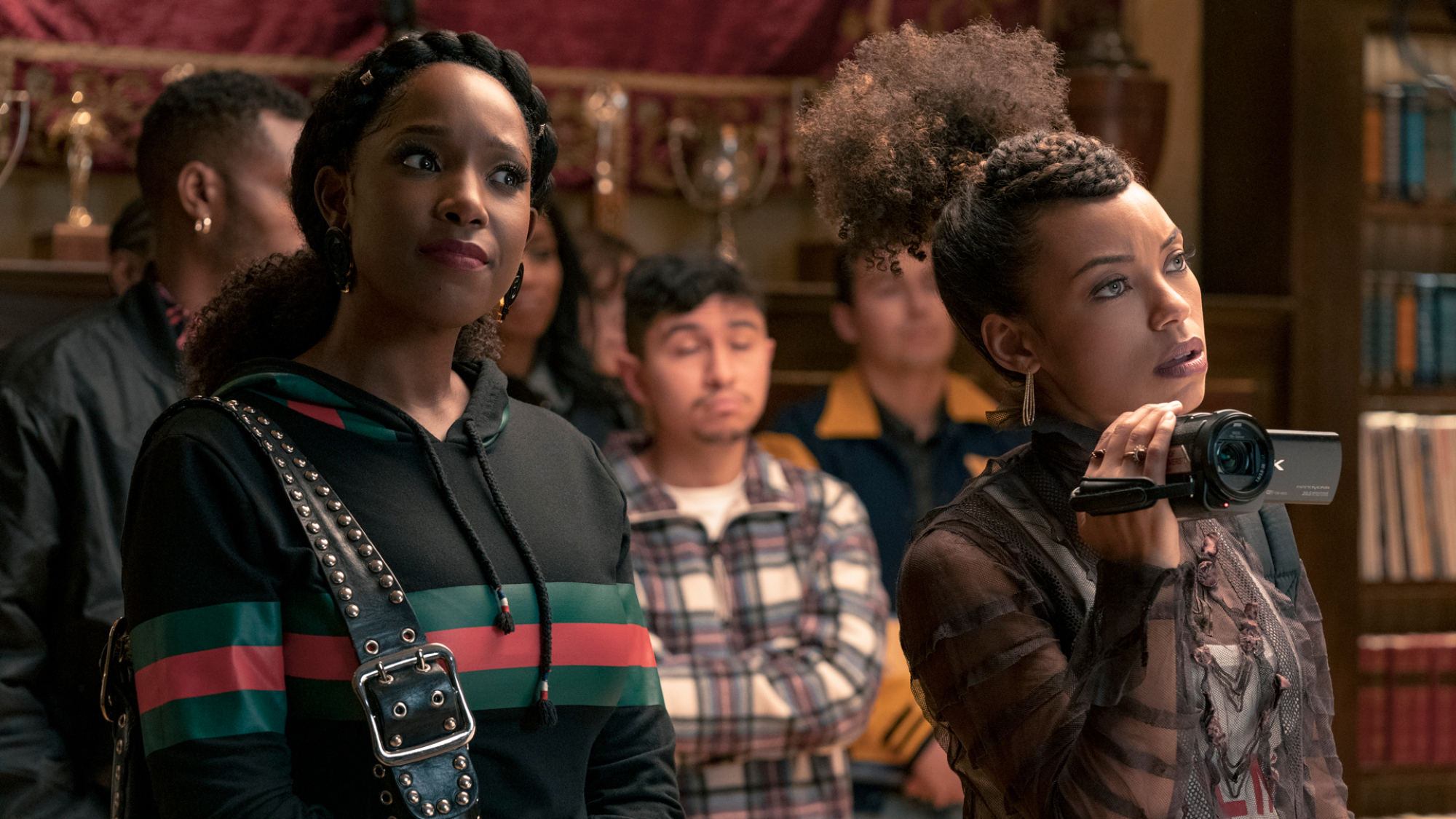 Created by Justin Simien and based on the award-winning film he wrote and directed, Dear White People follows a group of Black college students as they navigate the highs and lows of attending an Ivy League school. The show contains humor and drama in equal measure, examining systemic racism at Winchester College with grace, insight, and a sharp wit. With Simien himself writing and directing many of the episodes, and featuring one of the best soundtracks on Netflix, it’s no wonder that this clever and endearing show is beloved by audiences and critics alike.

How to watch: Dear White People(opens in a new tab) is streaming on Netflix. 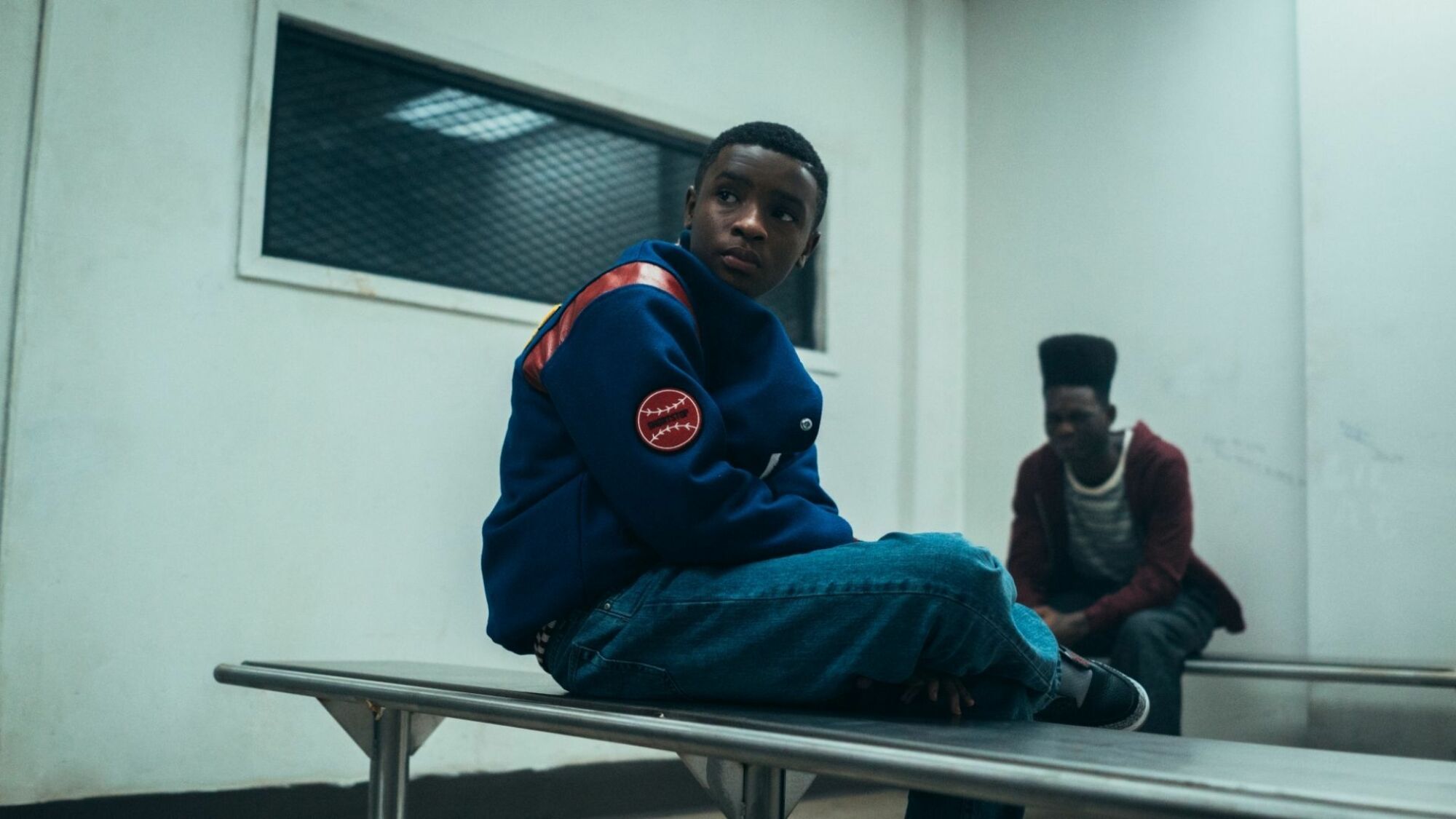 The most culturally significant project Netflix released in 2019, Ava DuVernay’s When They See Us revisits the case of the Central Park Five in excruciating detail. Examining the wrongful convictions of five Black and Latino men — Antron McCray, Kevin Richardson, Yusef Salaam, Raymond Santana, and Korey Wise — for rape in 1989 (for which they would be exonerated over a decade later) this poignant true-crime miniseries offers a heart-wrenching look at the ongoing flaws in our justice system. A powerful watch, When They See Us highlights the insidious biases that plague our society and the vulnerable people put at risk.* — Alison Foreman, Entertainment Reporter

How to watch: When They See Us(opens in a new tab) is streaming on Netflix. 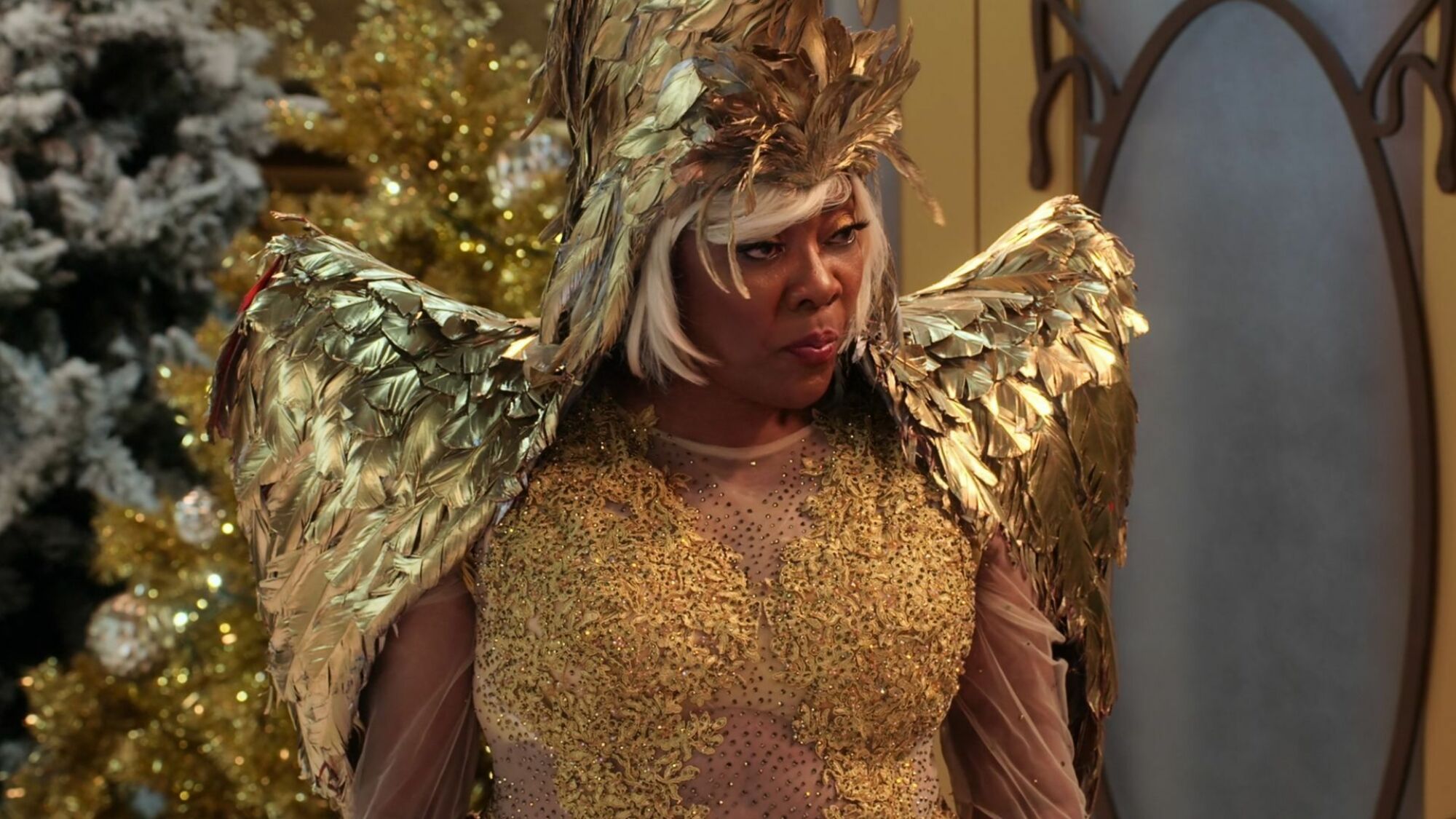 Meg DeLoatch, a former Family Matters producer, created this bright and lovable sitcom about a family from Seattle who moves to Georgia to be closer to their relatives. Tia Mowry shines as Cocoa McKellan, a mother of four doing her best to make the right choices for her family. A sweet, endearing, G-rated comedy, Family Reunion mines many of its laughs from family discord, but the love between these characters is palpable and deep.

How to watch: Family Reunion(opens in a new tab) is streaming on Netflix.

Jesse Collins Entertainment has teamed up with #1000BlackGirlBooks founder Marley Dias, children’s media consultant Kevin A. Clark, and showrunner Fracaswell Hyman for Bookmarks: Celebrating Black Voices. Much like Reading Rainbow, Bookmarks features readings of kid’s books, but here, all the readers are Black celebrities, like Tiffany Haddish, Lupita Nyong’o, and Common, and all the books are written by Black authors. This absolutely delightful show seeks to bring more light to stories that showcase the Black experience.

How to watch: Bookmarks(opens in a new tab) is streaming on Netflix. Spike Lee’s Netflix series inspired by his 1986 film may have been canned after two seasons, She’s Gotta Have It should be on your list. Joining happily nonmonogamous protagonist Nola Darling (DeWanda Wise) in her daily experiences juggling sex, dating, friendship, politics, misogyny, and making art in Brooklyn comes with one exceptional soundtrack — this is a Spike Lee joint, after all.* — Shannon Connellan, UK Editor

How to watch: She’s Gotta Have It(opens in a new tab) is now streaming on Netflix. 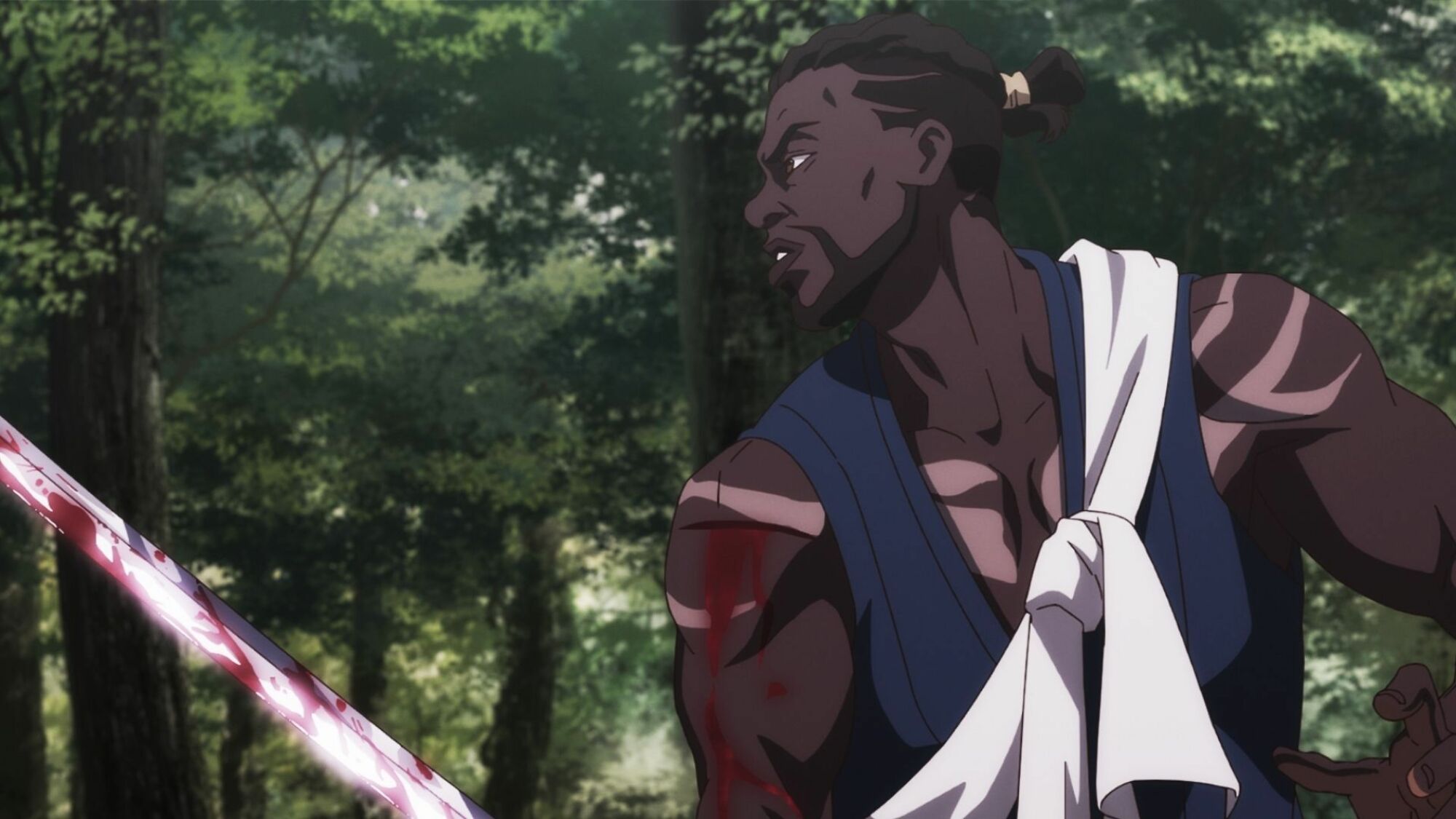 This LeSean Thomas original anime series is inspired by the story of Yasuke, a real-life 16th-century Black samurai. Through flashbacks, we piece together the events that led Yasuke (LaKeith Stanfield) to abandon his warrior’s life and hole up in a small town. In the present, after years of solitude, impending danger forces him to once again pick up his katana. Set in a mystical feudal Japan, and elevated by a fresh soundtrack from Flying Lotus, this alternate reality story of an actual historical figure is moody, well-paced, and engrossing. Though far too heavy and gory for kids, Yasuke is a cool treat for those adults who love anti-heroes and stunning sword fights.*

How to watch: Yasuke(opens in a new tab) is streaming on Netflix.

Written by Italian author Antonio Dikele Distefano, Zero is a fresh take on the superhero genre. Omar, the son of Senegalese immigrants, lives in public housing on the outskirts of Milan and has a secret: he can become invisible. A relatively shy kid, Omar’s powers are based on his emotions. Whenever he feels something intensely, he vanishes. What’s different from other superhero stories is that in Zero, the main villain is not some crazed megalomaniac but the poverty and gentrification affecting the area where Omar lives.

How to watch: Zero(opens in a new tab) is streaming on Netflix. 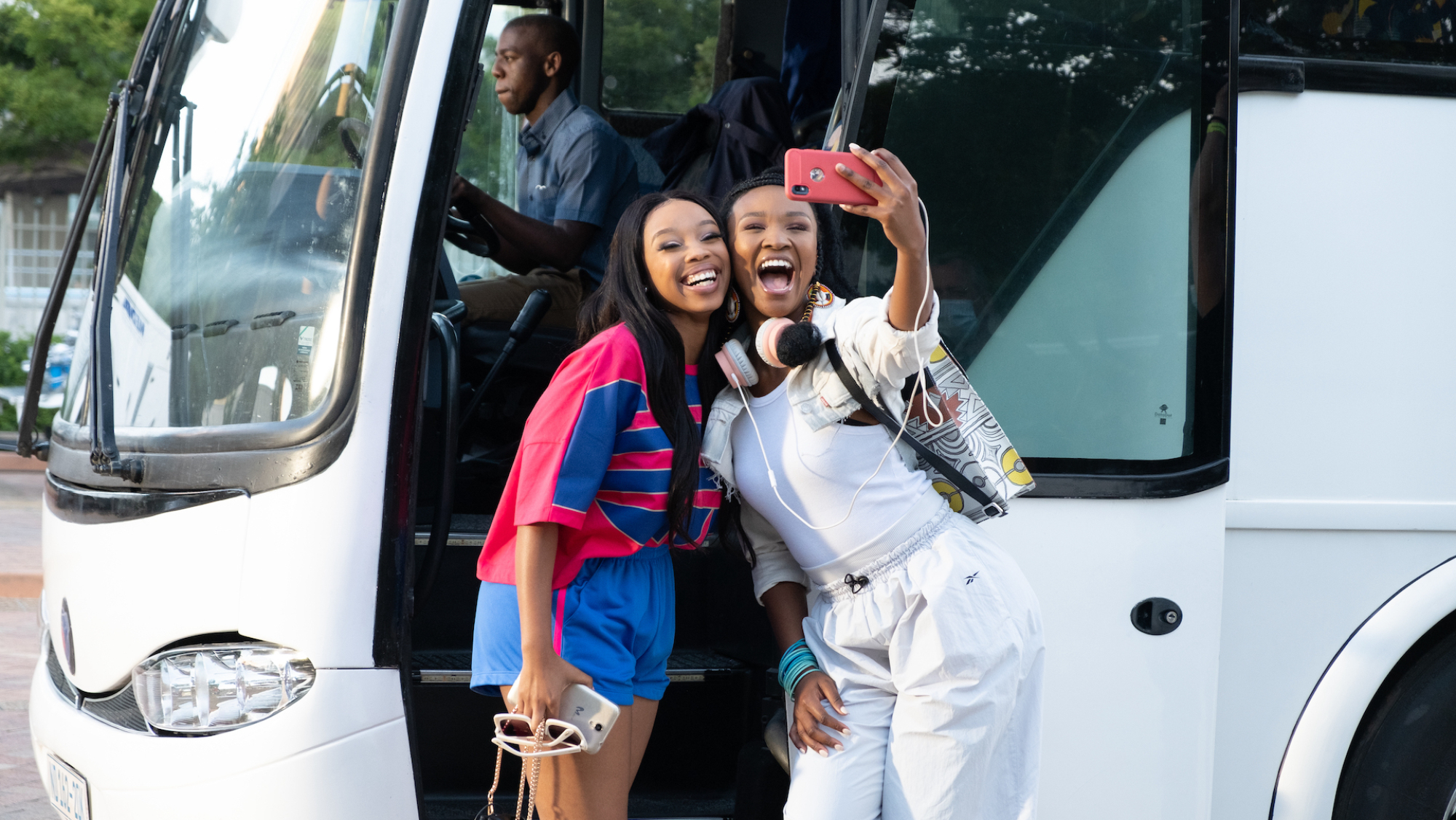 You’ve got to love a dance drama, and Netflix’s latest series will have you up out of your seat. Created by showrunner Busisiwe Ntintili (Intersexions and Happiness is a Four Letter Word), JIVA! hinges around dancer Ntombi (Noxolo Dlamini), who juggles working at a cheesy marine park and taking care of her family in Umlazi, Durban in South Africa. As the fifth annual Jiva Loxion Dance Competition looms, Ntombi gathers her friends to practice hard and compete for the title.

How to watch: JIVA! is now streaming on Netflix.(opens in a new tab)

When a South LA high school football player is recruited to play for Beverly Hills High, his world is turned upside down. Based on the life of actual NFL linebacker Spencer Paysinger, All American is a compelling, satisfying drama with an absolutely stellar cast. Taye Diggs sparkles as the head coach at Beverly Hills High, and Daniel Ezra expertly handles his breakout role as the star wide receiver with complete confidence. All American is led by showrunner Nkechi Okoro Carroll and regularly features Black writers and directors like Benny Boom, Dawn Wilkinson, Kevin Rodney Sullivan, Jameal Turner, Cam’ron Moore. and many more.

How to watch: All American(opens in a new tab) is streaming on Netflix.

Asterisks (*) indicate the entry comes from another Mashable streaming list.