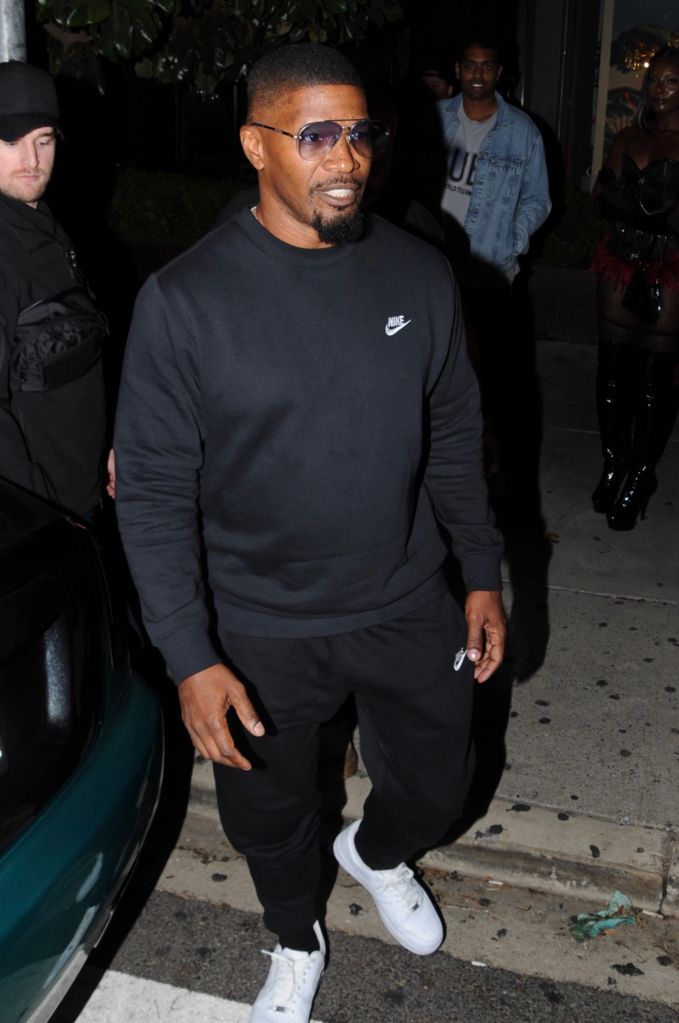 At one point, someone from the door attempted to fix things and invited Jamie inside to which the famed actor/singer politely declined.

Jamie Foxx Was Denied Entry At Cardi B’s Birthday Party & Made The Workers Keep The Same Energy After His Exit pic.twitter.com/teVfeHplDn

According to TMZ, Foxx showed up to the party late with an entourage of 10 people and they didn’t have a section available for him.

Had Cardi known this was happening, we’re sure she would’ve intervened but she was busy slaying in an exquisitely embellished red satin corset and carnival headdress.

With her hair in cascading black waves and jewels sparkling from her neck, hair and body, Cardi’s look was befitting a Caribbean festival queen or a burlesque showgirl.

Offset was at his wife’s side, wearing an all-white suit with a red tie and red-tinted glasses to complement Cardi’s look. And yes, he went all out for Cardi’s big 3-0.

Offset got Cardi B a Birkin bag and a Richard Mille watch for her birthday 🎁 pic.twitter.com/wJBgnh0QU0

Cardi gave an exclusive peek inside her big cabaret-themed event on her Instagram story, sharing video of the scantily clad models who greeted guests inside.

Chloe and Halle turned heads in glitzy gowns and bright smiles that lit up the venue.

In one of the biggest moments of the night, Cardi and GloRilla linked up on stage to rap along to their smash hit single ‘Tomorrow 2.’

What would you have done in Jamie’s position? Tell us down below and peep the Twitter chitter-chatter over the big snub on the flip.